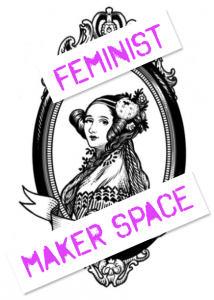 In reference to a flurry of Art+Feminism edit-a-thons for Women’s History Month, The Observer recently labeled March 2016 “a banner month for women in the arts online” (http://observer.com/2016/04/march-was-a-banner-month-for-women-in-the-arts-online/)

Many of us have participated in Wikipedia editing in different capacities and agree that increasing representation of marginalized groups on Wikipedia is an important project. However, Wikipedia’s editorial guidelines are not entirely unproblematic.

The Wikipedia editorial guidelines explicitly privilege neutral point-of-view and reliable sources. These guidelines are not surprising given Wikipedia’s positioning of itself as “a multilingual, web-based, free-content encyclopedia project” (https://en.wikipedia.org/wiki/Wikipedia:About). In fact, these principles were crucial to Wikipedia’s establishing of itself as a legitimate source of information. However, one of the many effects of Wikipedia’s guidelines is that “situated knowledges” (Donna Haraway) and marginalized viewpoints are often left out. In addition, the social norming habits of Wikipedia editors, which often focus on maintaining these standards rather than educating new users, can be alienating. Finally, and perhaps related to the two previous issues, there is a well-documented lack of diversity among Wikipedia’s editors (For instance: http://www.npr.org/sections/alltechconsidered/2016/01/15/463059593/wikipedia-at-15-the-struggle-to-attract-non-techy-geeks).

At a previous meeting of the FRC, we discussed these issues. xtine burrough suggested the word “kali,” Hawaiian for “slow,” as a counterpoint to “wiki,” which means “quick.” Kim Knight created a mediawiki install for us under the URL kalipedia.net. Kalipedia is partially a sandbox where our members can learn to edit Wikipedia under the mentorship of those concerned not just with editorial standards, but also with encouraging a variety of learning styles. In addition, Kalipedia is an opportunity for us to envision alternative models of collaborative knowledge-building that may require rethinking neutrality and reliability as organizing principles.

If you plan to attend, please sign up for accounts at http://en.wikipedia.org and http://kalipedia.net