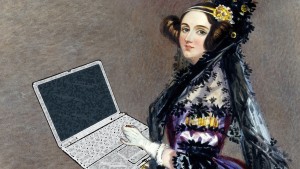 On October 15, 2015 we met for the inaugural Feminist MakerSpace at UT Dallas. In honor of Ada Lovelace‘s birth bicentennial, we joined code and language in the creation of TwitterBots.

Members of the Feminist Research Collective joined with students and staff to create accounts to automate posting to Twitter. Some mashed up genres to create parody tweets. Others designed bots that tweet in response to a certain trigger. Others mined text to produce mathematical wordplay. Here is a list of the bots arising out of the workshop. All of the tools we used are listed below:

Some guidelines for automated tweeting:

Tools we used during the workshop: